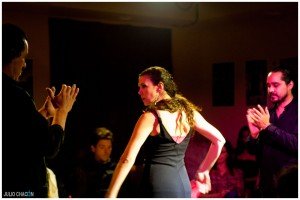 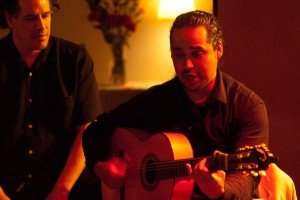 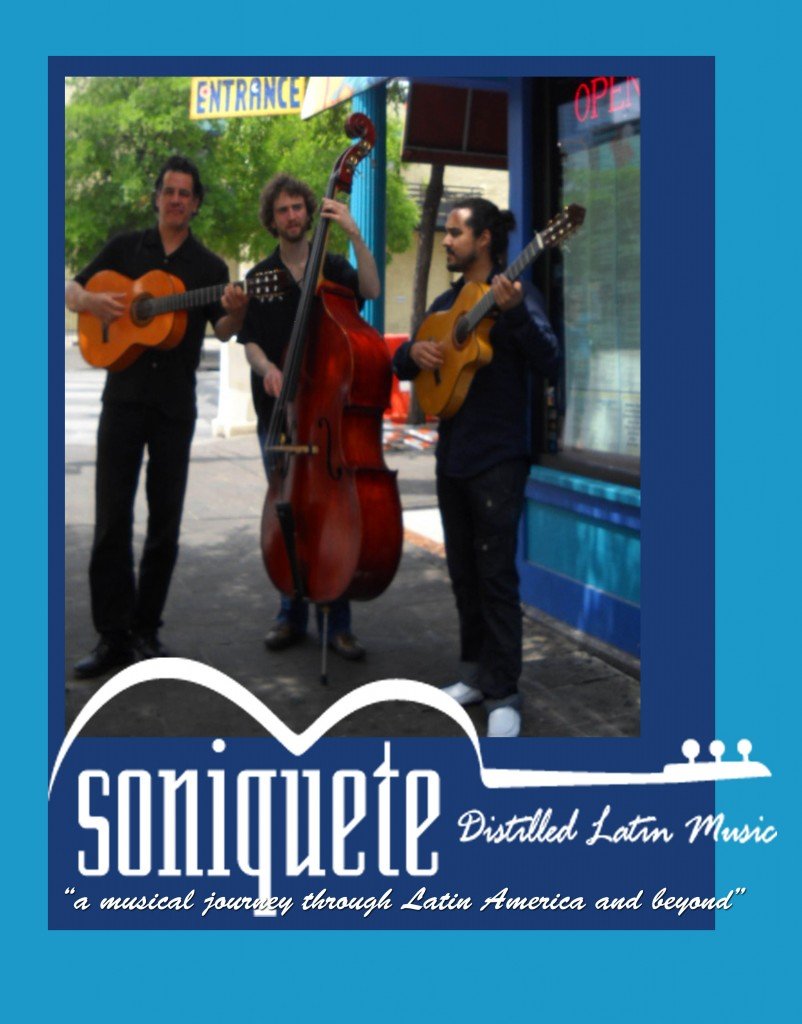 Soniquete blends traditional sounds from Spain and Latin America to create a unique flavor that is purely Austin. Founded in 1999 by Isaí Chacón (of Durango, Mexico) with Luis Neira (of Lugo, Spain) and Pepe Gaytan (Chilango from D.F.), the group bonded over their love for flamenco, afro-cuban son, Colombian vallenato, cumbia and other Latin beats. With a lineup of some of Austin’s best salsa musicians, Soniquete produced their cd “No se la clave” in 2001, and toured Texas and Mexico.

Since then, Soniquete’s key members, guitarist/vocalist Isai Chacon, and percussionist/guitarist/vocalist Pepe Gaytan have participated in numerous other projects, such as starting the super successful band O Positivo. Isaí recorded tres cubano on Cienfuegos’ debut cd, and wrote, arranged and played flamenco guitar for the Olivia Chacon Baile Flamenco Company in its debut at the State Theater for First Night Austin 2005. He then spent 4 years in Madrid, Spain playing and touring with some of the world’s most important flamenco artists. In 2008 Gaytan founded the group Oro Viejo, in which the conservatory-trained percussionist debuted his guitar and vocal skills. 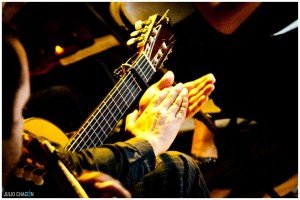 Here are some samples from our cd “No Se La Clave”